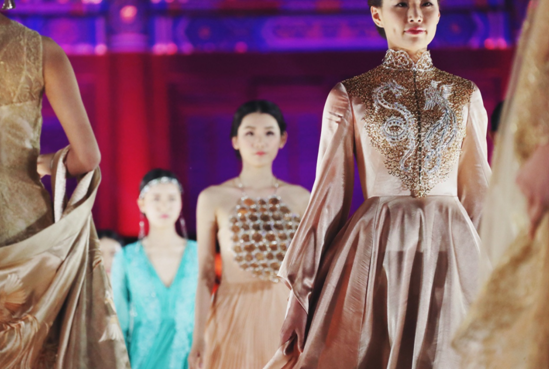 Guests and friends from home and abroad all gathered together

On the day of the premiere, Mr. Dong Bo, President of the Kimberlite Diamonds Group, delivered a speech on behalf of the group. He said: “This show, here at the Imperial Ancestral Temple is of great significance. In the future, Kimberlite Diamonds will continue to focus on the diamond field and commit to the increasing influence of Chinese civilization and traditional culture. We communicate with the world through diamonds.” 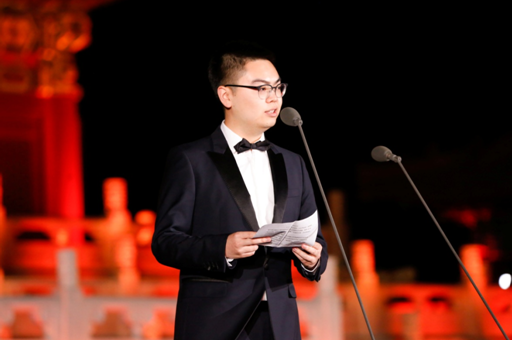 Mr. Michel Malherbe, Belgian Ambassador to China, said in his speech that he would like to continue working with Kimberlite Diamonds to promote superior diamond culture, as well as the mutual development of economies and cultures. 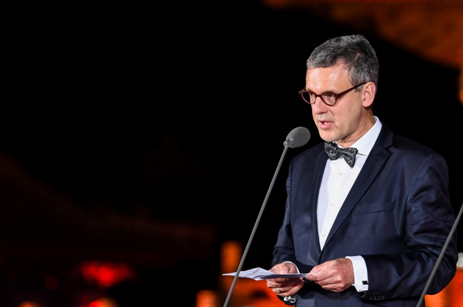 Accompanied by beautiful melodies and dancing, 60 high-end jewelrypieces were the main focus of attention during the elegant fashion show. The total value of the products on display in this show amounted to almost 1 billion RMB, a new record for such an event. 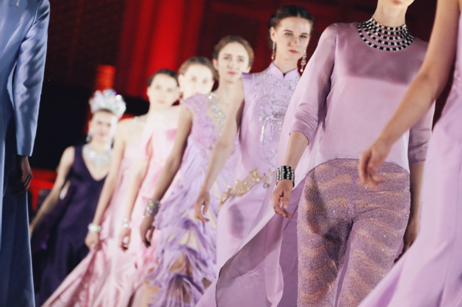 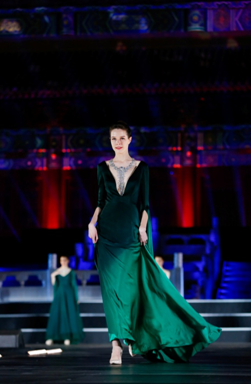 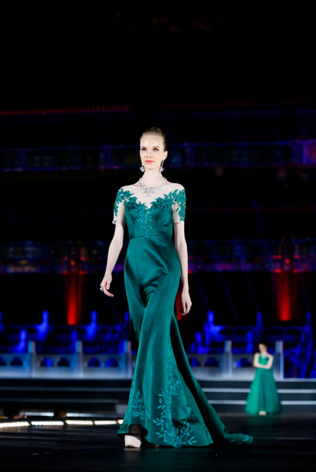 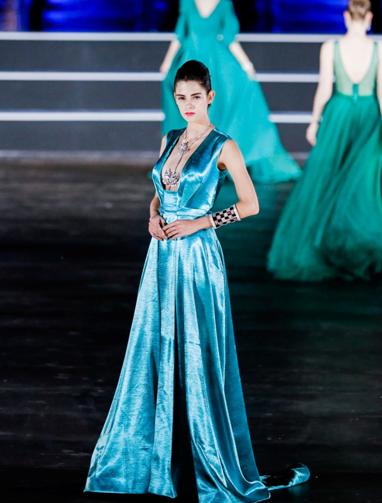 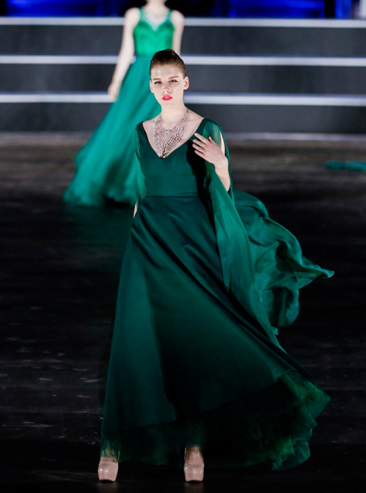 The Glory of Dawn necklace

From “The Forbidden City” to “Han Costume”, and from “Our Story”, “Charm of China”, to the “Harmony” collection, Kimberlite Diamondsblends traditional beauty with modern style. 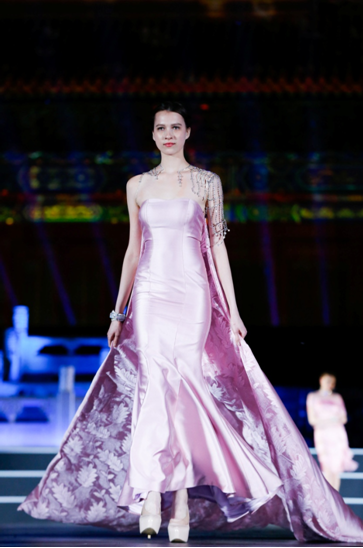 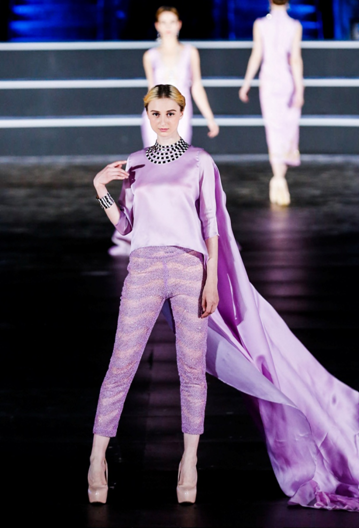 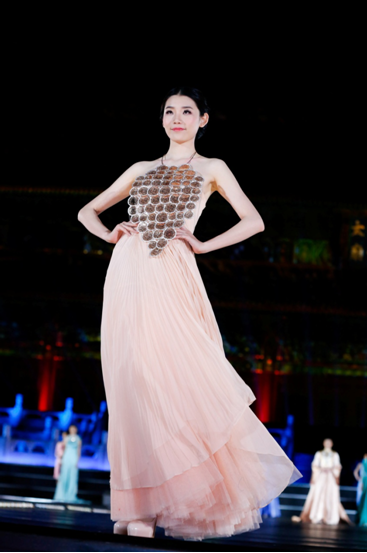 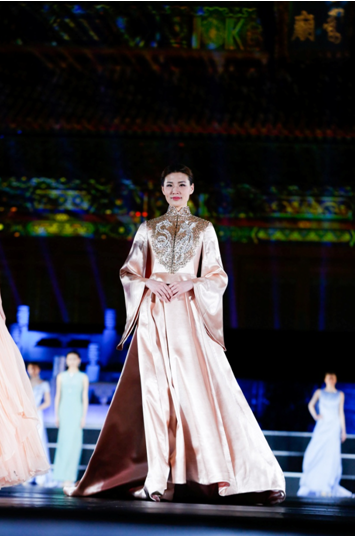 In addition to exhibitions such as “Bamboo”, “Auspiciousness and Harmony”, “Hundreds of Birds Worshiping the Phoenix”, and other star products which stood out at BaselWorld,this show also introduced new members such as“Cloud as Dress and Moon as Cape”, “Gentle Breeze”, and “Step Shake”, adding more brightness and brilliance to the “Harmony” collection. 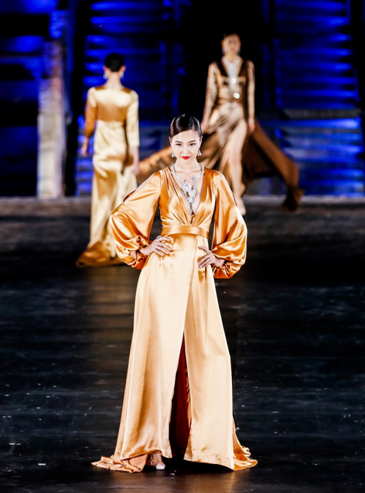 (Alley in the Rain) 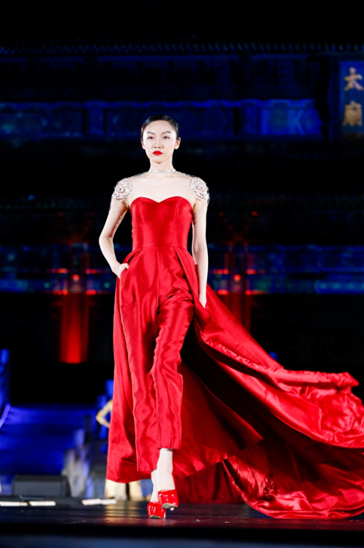 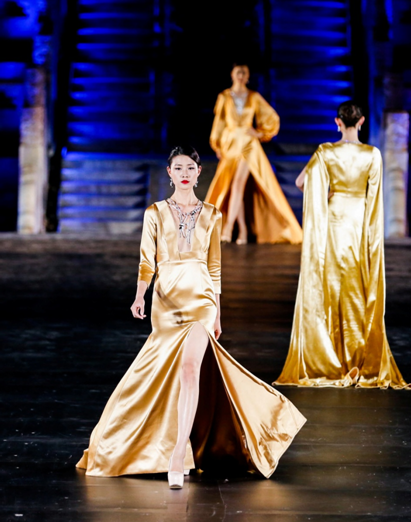 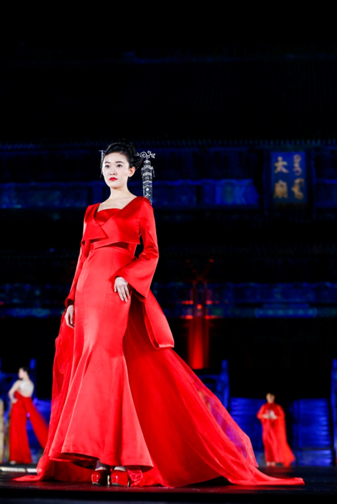 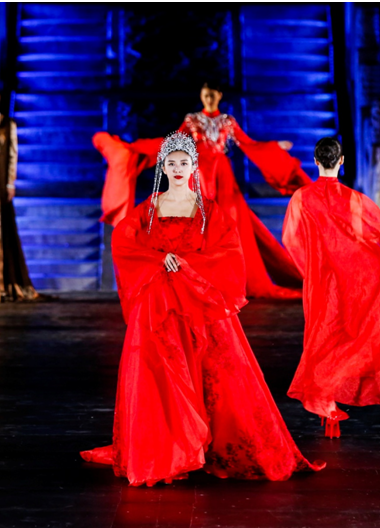 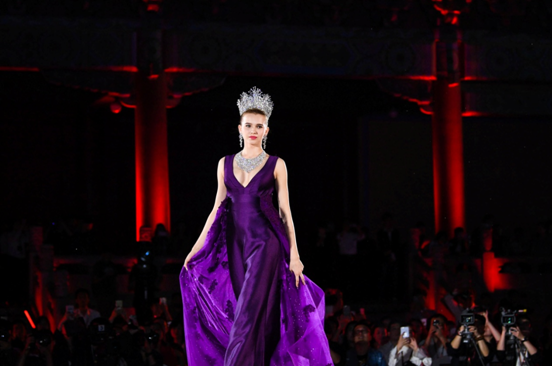 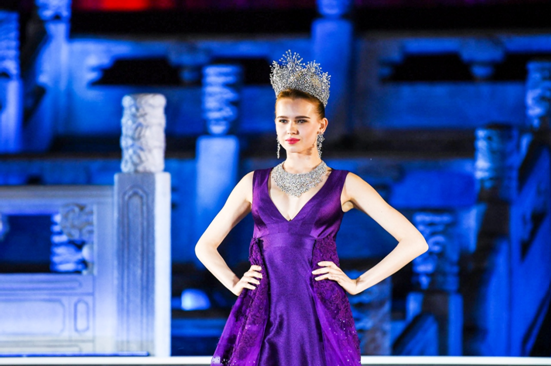 Inspired by the vast cosmic galaxy, the designer has created a dazzling and distinguished diamond crown. The maindiamond is 30.58 carat, D in color, FL in clarity, and 3EX in cut, all of which reach the highest level of diamond grading. It contains 3,853 of the finestdiamonds,totaling 210.98 carats, with a total weight of 841.65 grams. It took 1,872working hours to complete, and has a total value of 158million RMB. There are four ways to wear this piece. For example, the crown canbe worn as a luxurious center necklace, and the center necklace canbe split into necklaces and breastpins. 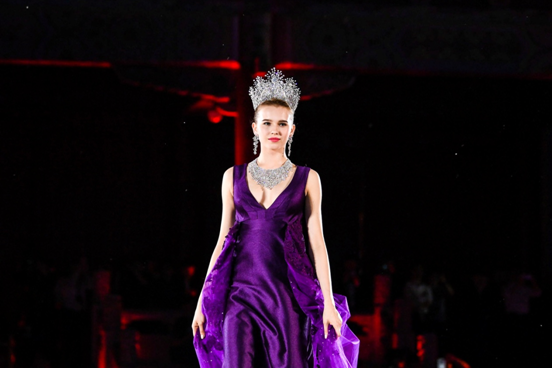 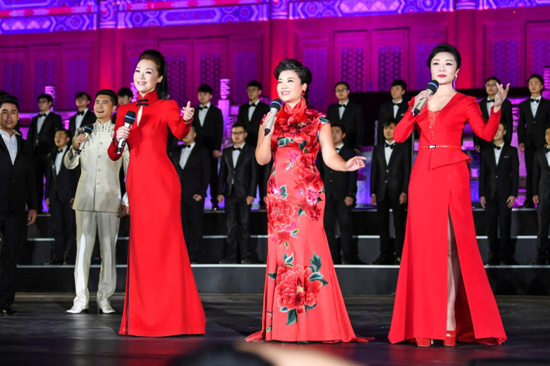 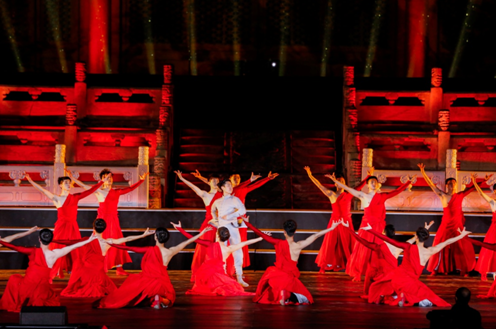 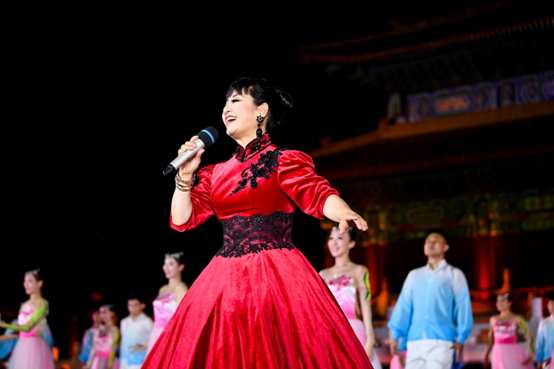 (In the Field of Hope, by Yin Xiumei) 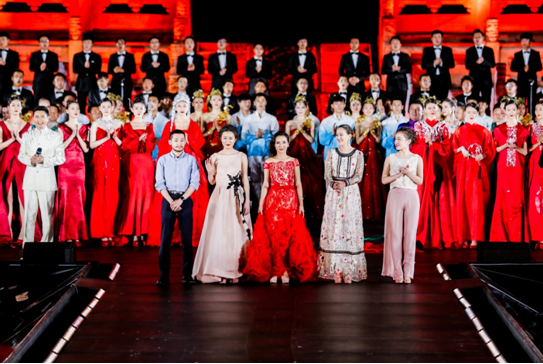 The Song of Kimberlite for a great Chinese Dream 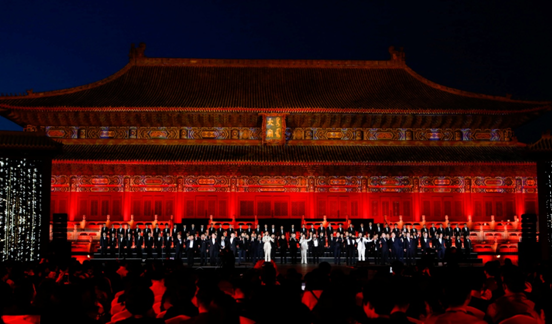 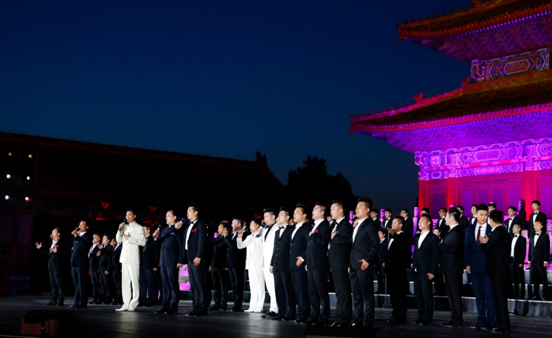 Yang Lan made her appearance as the guest host

Yang Lan, a famous TV presenter in China, was invited to host the premiere. Ms. Yang’s elegance matched perfectly with Kimberlite Diamonds’ high-end jewelry, and she was impressed by the pure radiance of the 30-carat Eternal Star. 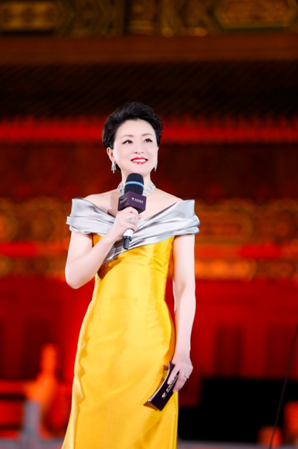 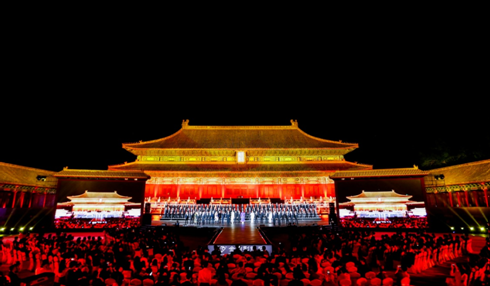 In addition, the sound effects of the entire show werehandledby a powerful team led by the famous Chinese sound engineer He Biao, who was the designated soundman of the TV show,I am a Singer. Supported by such a prestigious production team, the debut show was worthy of its “Legend” title. 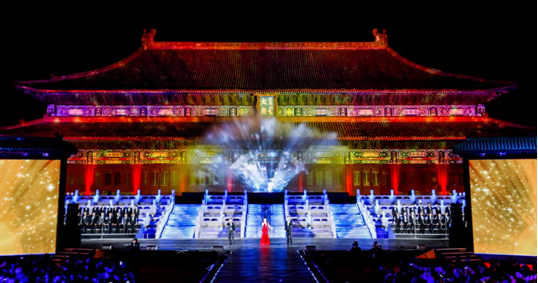 Kimberlite Diamonds has paved the way for a dazzling collection spanning 22 years of glory. In the months and years to come, Kimberlite Diamonds will continue to shine and light up the world with its sparkling brilliance and majesty.