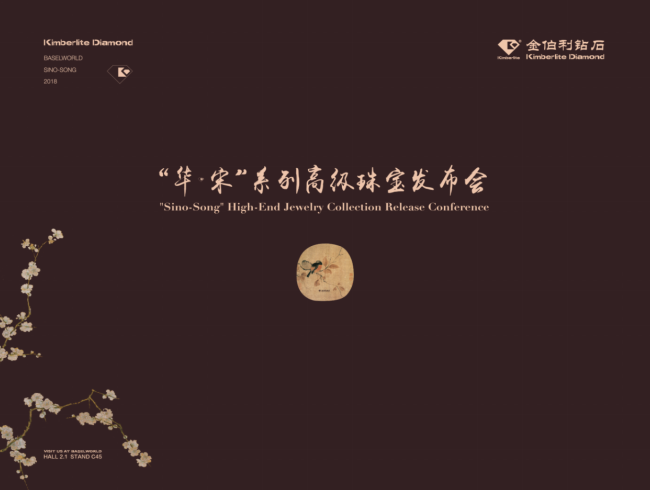 From March 22 to 27, the BaselWorld Watch and Jewellery Show BaselWorld 2018) was held in Switzerland. Kimberlite Diamond products were shown once again at Pavilion 2, where the world’s top jewellery brands were on display. The brand new 2018 “Sino-Song” High-end Jewellery Collection was released on March 24, attracting quite a bit of domestic and foreign blanket media coverage. Distinguished guests such as Mr. Yves Leterme, the former Prime Minister of Belgium, Mr. Leo Delcroix, the former Belgian Defense Minister, Mr. René Kamm, Chair of the Baselworld 2018 Organizing Committee, Mr. Dong Liusheng, Chairman of Kimberlite Diamond Group, and Mr. Dong Bo, CEO of Kimberlite Diamond were invited to the World Premiere ceremony and made remarks. Mrs. Yin Hong, a well-known Shanghai Dragon TV host, hosted the conference. 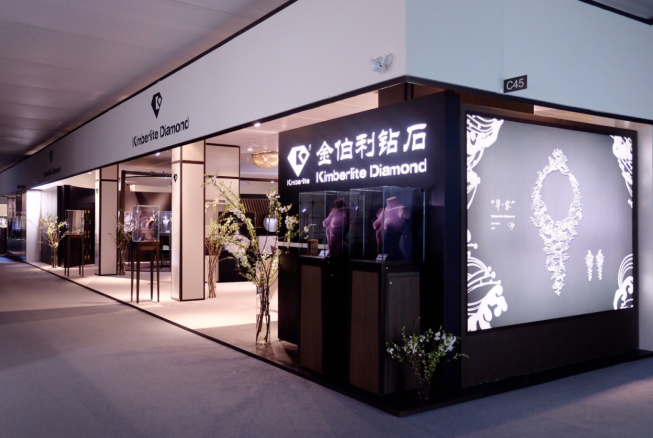 Over the last three years of shows in Basel, Kimberlite Diamond had amazed the world with amazing Chinese style displays, and this year was no exception. As an Asian pioneer jewellery diamond brand that has been invited to participate in the Basel World Watch and Jewellery Show for the last four years, Kimberlite Diamond was again stationed in Pavilion 2 alongside the world’s top jewellery brands, bringing a new upgraded high-tech exhibition booth that gave viewers a refreshing and unconventional experience. 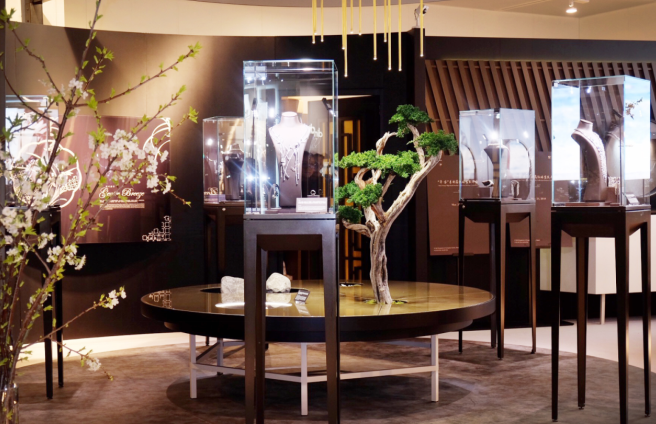 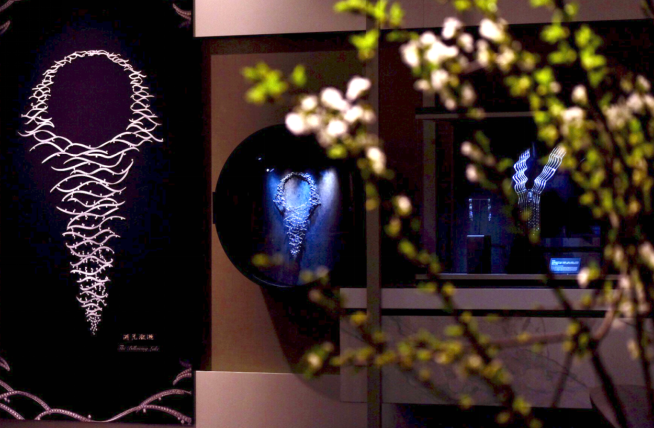 With the carefully crafted new Chinese & Western Diamond Showroom, and with the perfect blend of the trendy and charming 2018 “Sino-Song” High-end Jewellery Collection, Kimberlite Diamond further contributed to the multi-cultured environment in the BaselWorld 2018; as a result they were highly praised by the media and recognized by the organizers. It is also worth mentioning that Kimberlite Diamond brought popular AR technology to the BaselWorld 2018, where jewellery lovers could experience the wonderful combination of AR technology and jewellery. During the show, viewers entering the Kimberlite Diamond’s exhibition booth would experience rare treasures such as the “Eternal Star” and “The Moon Goddess”. 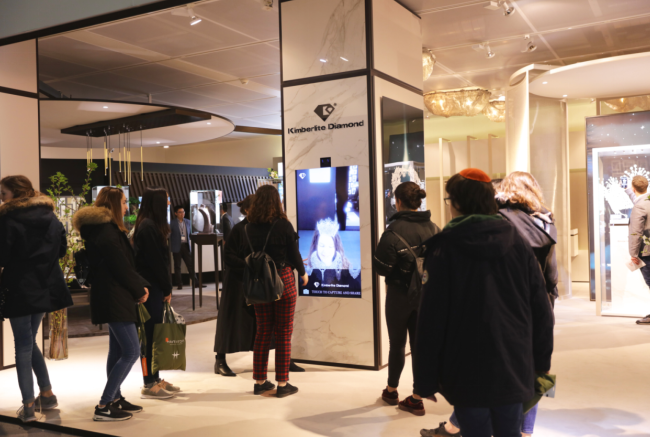 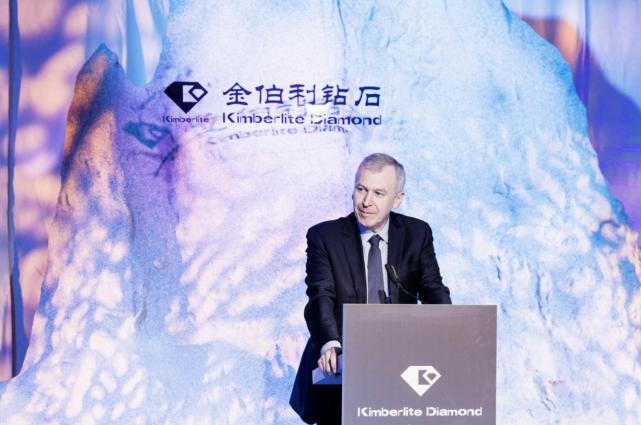 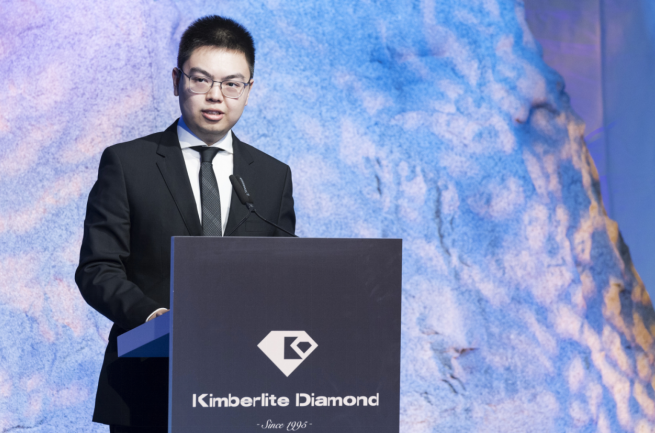 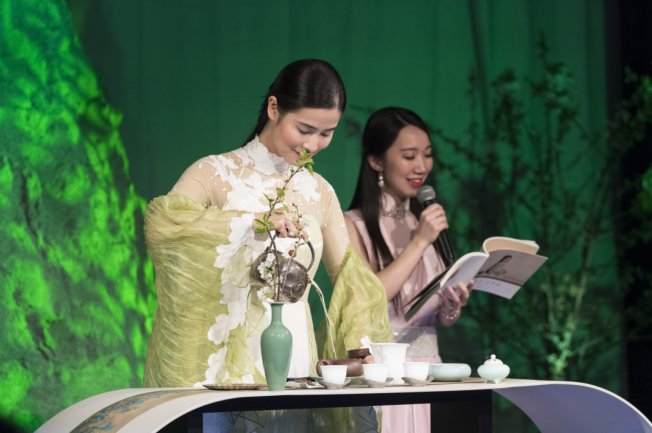 On the afternoon of March 24, Kimberlite Diamond finally unveiled its mysterious “Sino-Song” 2018 High-end Jewellery Collection, shining like a bright star with Oriental flavors. With beautiful melodies and a delicate tea art performance, 20 pieces of the “Sino-Song” 2018 Collection became the focus as everyone shifted their eyes to the Chinese and foreign fashion models in the elegant exhibition. 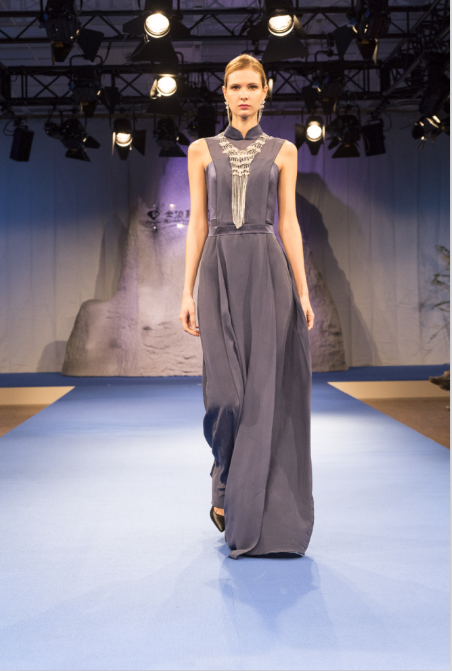 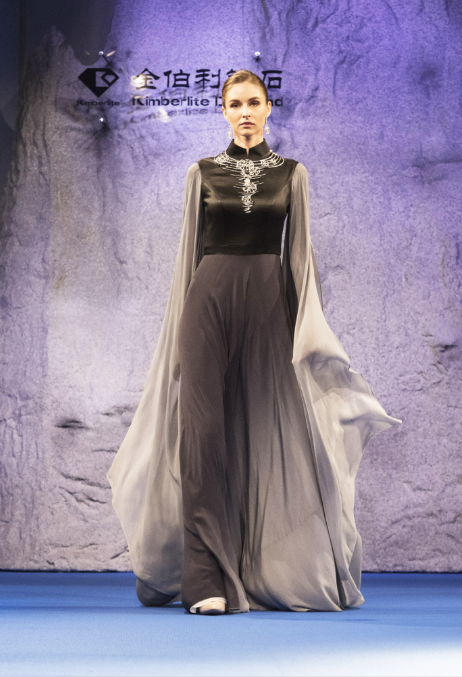 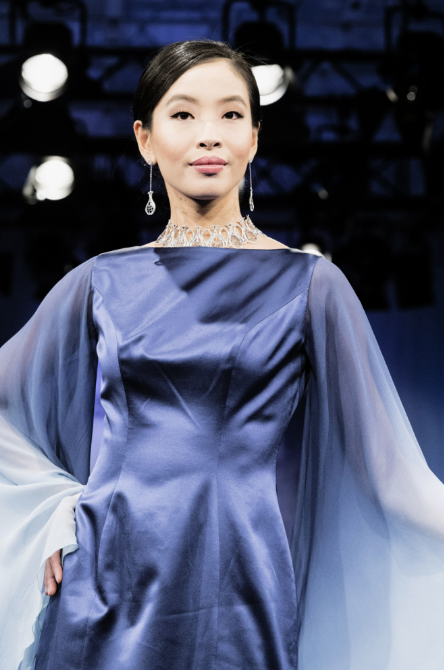 Ever since the release of “Harmony” High-end Jewellery Collection, the design team of Kimberlite Diamond had continued to explore the cultural wisdom of Oriental ancient countries, and elaborately design the “Sino-Song” with rich Chinese flavor. It is their gift to BaselWorld 2018, and it will also be presented at Kimberlite’s 23rd anniversary. 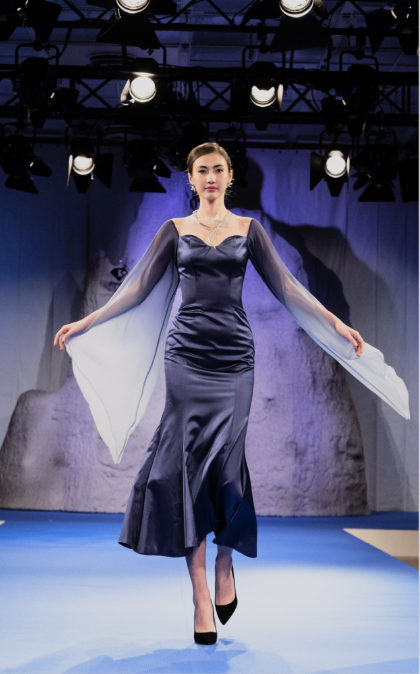 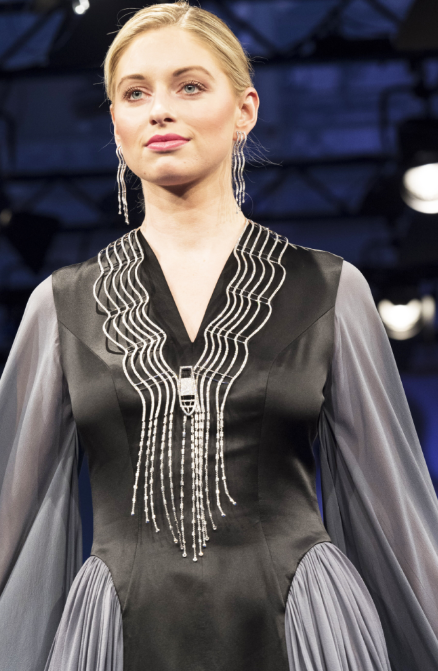 Melody from the Fisherman 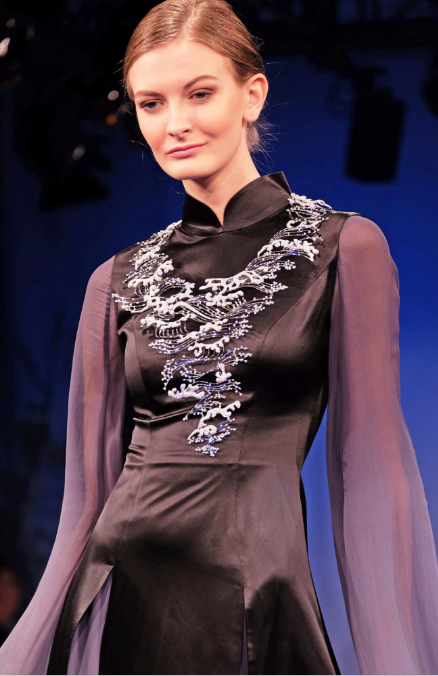 Riding the winds and waves

The “Sino-Song” collection is another masterpiece of Kimberlite Diamond’s Chinese styled diamond products. Its inspiration is derived from the rich and splendid culture in the Song Dynasty. The senior designers explored the relationship between human, self-cognition and lifestyle through the re-integration of the traditional culture of Song Dynasty with contemporary Oriental spirit, all while eulogizing the gentle yet economically flourishing Northern and Southern Song Dynasties. 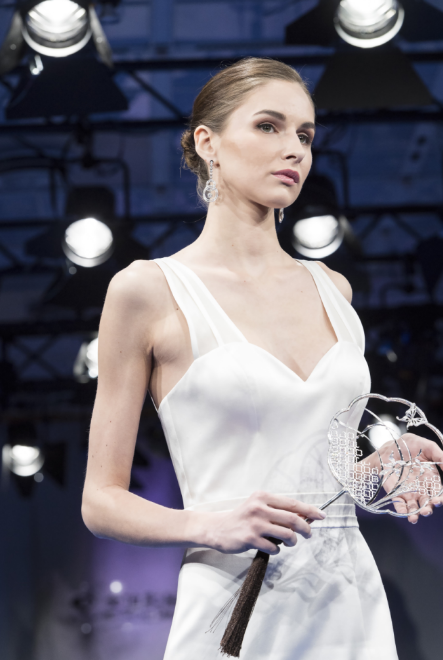 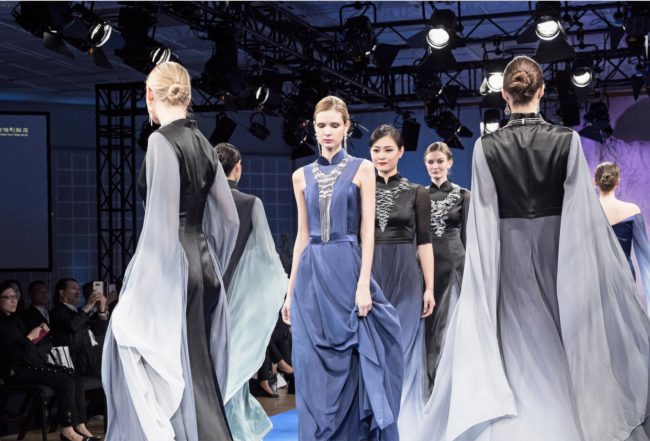 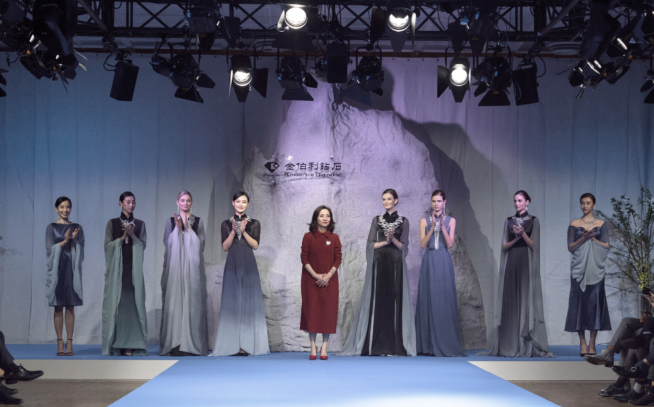 The “Sino-Song” collection is divided into two sub-chapters,  the “Elegance of Song Poems” and the “Ethos of Song Paintings” respectively. The former sub-chapter mirrors the elegance of Song Poems, based on the creative, rich scholarly atmosphere and poetry composed in the Song Dynasty. They are both bold and free, graceful and exquisite, demonstrating the unique charm of the culture during the Song Dynasty; the latter one represents the exuberant vitality and exquisite artistic conception of famous paintings in the Song Dynasty, conveying the poetic sentiment and style of Song Dynasty landscape painting through several scenes depicting flowers and birds, waterfall streams, rivers and lakes.

At the press conference, Kimberlite Diamond also made an important announcement to the world through the stage of the2018 Basel World Show: Kimberlite Diamond will hold the 23rd anniversary of its brand at the Shanghai Oriental Pearl TV Tower on May 18. At that time, 100 pieces of High-end jewellery will be unveiled, 100 models and 100 gorgeous gowns will be debuted, and 100 singers and 100 dancers will together present a wonderful fashion gala, complete with world-class performances. The amazing event will be hosted and directed by by Mr. Yu Junjian, who will lead top artistic team at a national level to produce a charming show and rewrite the classical art gala held in the Imperial Ancestral Temple of Beijing prior. 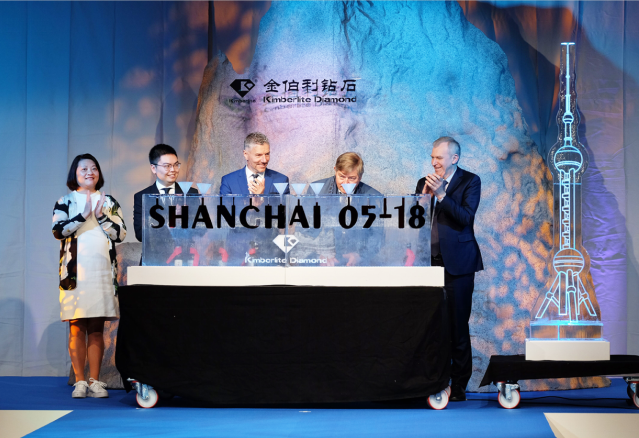 At the same time, the launch of the No. 3 Shanghai Bund Flagship Store will add more excitement to the ceremony. Mr. Yves Leterme, Mr. Leo Delcroix, Mr. RenéeKamm, Mr. Dong Liusheng and Mr. Dong Bo will stand side by side with other domestic and foreign media guests to jointly unveil the No. 3 Bund Store, which will be another vivid business provided to the world by Kimberlite Diamond. We all can’t wait to see it! 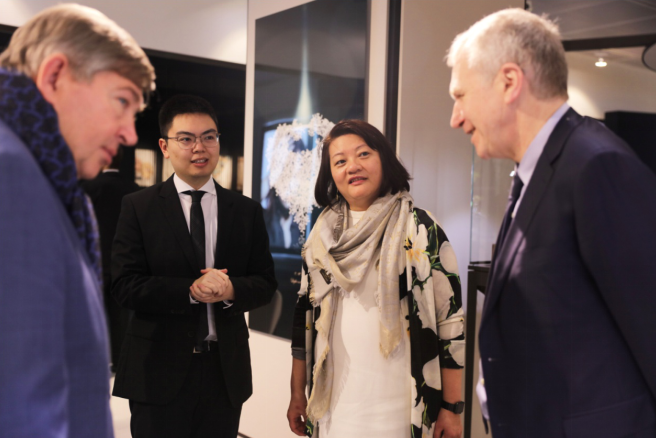 In 2018, Kimberlite Diamond will accelerate the pace of internationalization and expand their market overseas. BaselWorld 2018 is an important platform for Kimberlite Diamond’s positive expansion into the oversea market, and has helped us achieve remarkable results, greatly enhancing the awareness and influence of our brand. The “Sino-Song” High-end Jewellery Collection launched for the first time at the Show, attracting many visitors to visit our booth with its unique Chinese charm. Moreover, one of the hottest young actors, Song Weilong paid a high-profile visit to our booth during the show, experiencing its infinite charm together with other visitors. 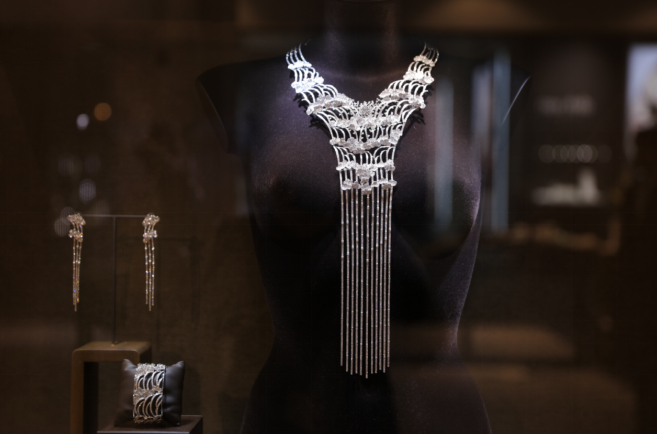 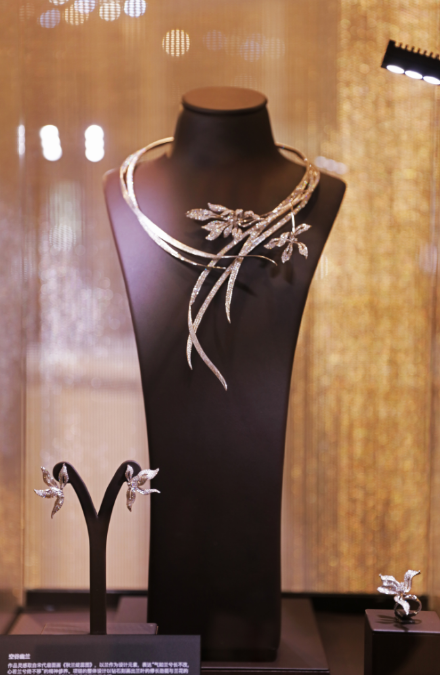 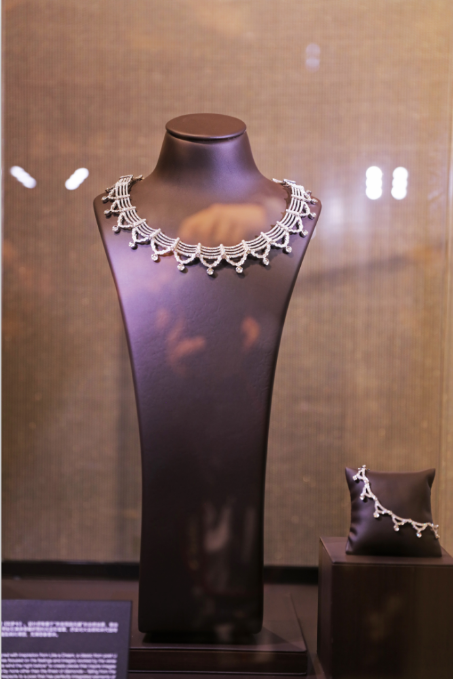 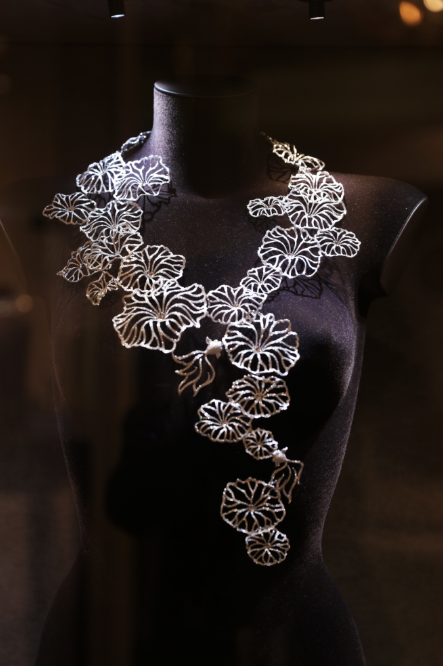 Fragrant Lotus in the Breeze 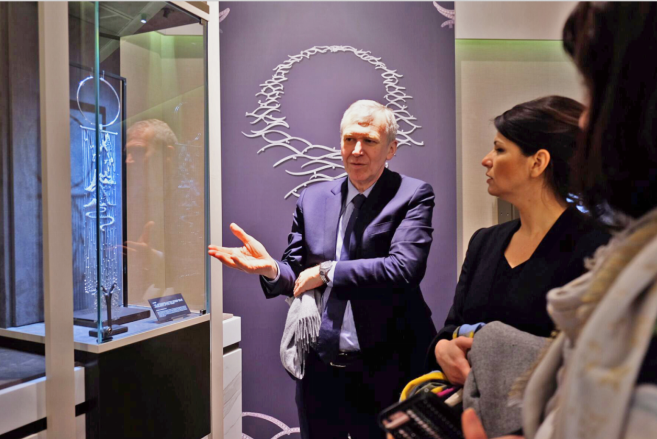 We firmly believe that our artistic works bearing the depth of culture and ingenuity are bound to lead a new industry trend. In the future, Kimberlite Diamond will continue to illustrate Chinese sentiments through their original jewellery embodying the quintessence of traditional Chinese culture. We also have faith that Kimberlite Diamonds will be brighter than ever in the international jewellery community!